Perhaps I’ve become too Swiss. That often happens to immigrants. We learn facts about our new homeland and become upset when the born and bred don’t adhere to what we’ve learned. Last week I wanted to call the radio station to point out that we weren’t suffering from the Bise that they kept announcing. It was obviously the Bise Noire.

Unlike the Bise, the Bise Noire is an autumn and winter wind that approaches the lake at a right angle from the North Sea. It’s gusty and gets its name, black bise,  from the low-lying clouds and diminished light it sets upon our city.

Yesterday we had a Bise blowing. The clouds disappeared, the temperature dropped and the sun was shining. The coolest thing about this wind is that it likely blusters for 3, 6 or 9 days. Due to the angle of the wind, the Bise brings big waves and water spray that in winter can freeze into magnificent ice sculptures. Opposite to our northerly wind is the Foehn (hairdryer in German). My Austrian neighbor taught me about this wind since it’s typical in our two countries. A strong, hot and humid wind builds up on the south side of the mountains. By the time it reaches the valley, it has lost all its precipitation in the peaks and has become hot and dry. People often complain of migraines the Foehn invokes. I blame our 2015 heat record on it (41C / 106F). 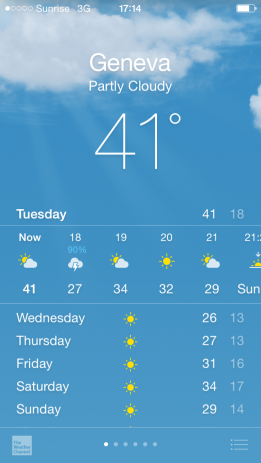 Due to the shape of our lake and location of the mountains, we’ve got a whole slew of winds with names.  The sailing maps outline La Vaudaire that comes from the Rhone valley into the Haut-Lac and part of the Grand-Lac yet leaves three quarters of the lake calm. Thunderstorms in neighboring France, cause either the violent Bornan between Rolle and Lutry or le Molan in the Petit-Lac. Then there are winds that start in Geneva (le Vent and la Maurabia) but leave dead zones in the center of the Haut-Lac as the wind turns back toward Geneva. 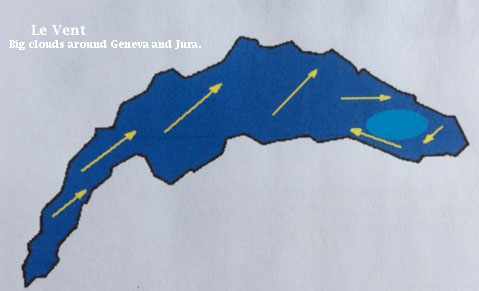 If you’re not a sailor, you don’t need to know all these winds. But if you know the difference between the Bise, the Bise Noir and the Foehn, you’ll already be a lot smarter than those radio announcers.

By the way, I recommend reading the blog La Bise by FranceSays which discusses the irony of the French names.

We are a group of international women living in Geneva, Switzerland. If you would like to learn more about our activities and excursions, visit our website at http://www.aiwcgeneva.org/