Members of the AIWC photo group have traveled several times to Lausanne recently to get to know this sister city better and to find inspiration for their photos. After a 45-minute train ride along the beautiful Lac Léman coast one arrives in the centre of Lausanne from where there are various interesting possibilities for photographers. One can either climb up the hill behind the train station toward the right to the medieval old city and the cathedral, or toward the left above the station toward Flon, the new cultural centre, or walk down toward the lake to Ouchy and on the way stop at the Elysée Museum of Photography to see the latest photo exhibitions. Lausanne is built on a steep incline, so there is a lot of climbing and descending on foot but also a metro to whisk you up and down more comfortably. 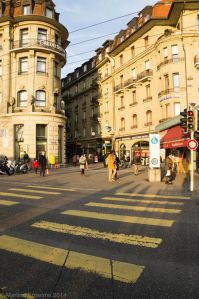 The cathedral, the largest in Switzerland, is at the top of the hill of the Cité. It is a Gothic church dating from the 13th century which you can see from all parts of the city. On the way up one passes the Church of St. Francis, the Place de la Palud and City Hall and a set of picturesque covered stairs, called the market stairs because they used to connect the lower and upper markets of the city during medieval times.

As an aside, an unusual attraction of the cathedral is the famous “watch” housed in the bell tower who still calls out the time each night from 10 PM to 2 AM perpetuating a 600-year tradition. In the Middle Ages the watch was mainly needed to give the alert in case of fire, a frequent occurrence since most of the houses were built of wood.

If you are looking for a more modern atmosphere, Flon is for you. The Flon neighbourhood is in a sort of valley, which was the warehouse district of Lausanne up to the middle of the 20th century. In the old days there was a funicular to transport goods and people from the port of Ouchy to the Flon train station. Toward the end of the 20th century the Lausanne-Ouchy Railroad Company (LO) which owned the district handed its transport business over to the city and concentrated on managing and developing the area. During the last decade or so, Flon has been redesigned with a central square, the Esplanade du Flon, which is the district’s main attraction and focal point for public festivals and events, and two main streets, the Voie du Chariot and the Rue du Port-franc, in the centre with smaller streets branching off from them. The district retains some of its original features, like its cobblestones and a few of its old buildings but has engaged well known architects to build new buildings and restore old ones giving the area a modern innovative look. The district is known for its galleries, restaurants, boutiques, office buildings and an active nightlife. (www.flon.ch/Home-en) 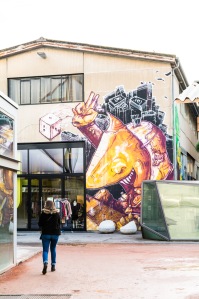 To the south of the train station you can walk down to Ouchy, in the old days a fishing village but today mainly of interest to photographers because of its lakeside promenade and the Parc du Denantou, the big park at the end of the quai. There are two museums of note, the Musée de l’Elysée and the Olympic Museum. The Elysée Museum is located in an 18th century mansion and holds several temporary exhibitions of photographs each year. It is located just above the Olympic Museum down by the lake, which has recently been completely renovated and offers permanent exhibitions related to Olympic sports. (www.olympic.org/museum) 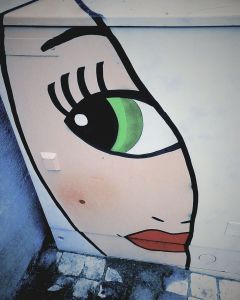 So, when you next visit Lausanne, don’t forget to take your camera, and share your best photos with us!

The photographs are by Julie Atkinson, Martine Enselme and Catherine Hieronymi.

We are a group of international women living in Geneva, Switzerland. If you would like to join the AIWC, please visit our website at: http://www.aiwcgeneva.org/

1 thought on “Do you know Flon in Lausanne?”